Honda has stated that the new Civic Type R will be “the most extreme and high-performing" Type R yet, and will signal a new performance era for the company.

The engine of the Civic Type R will be a 2.0-litre i-VTEC, developed as part of Honda's next-generation Earth Dreams Technology series. It will comply with Euro 6 emissions regulations, and make use of a turbo charger in order to boost low-end power delivery. Honda has emphasised that the design innovations of the Civic Type R do not end at the engine, however; further new developments and enhancements will make the vehicle into 'a true driver's car'.

The new Civic Type R will see the debut of Honda's +R button, which activates the new +R mode; this heightens the engine response, and changes the torque-mapping to an aggressive and performance-focused setting. The steering becomes more responsive, working alongside the new four-point Adaptive Damper System, enabling the ultimate handling experience. 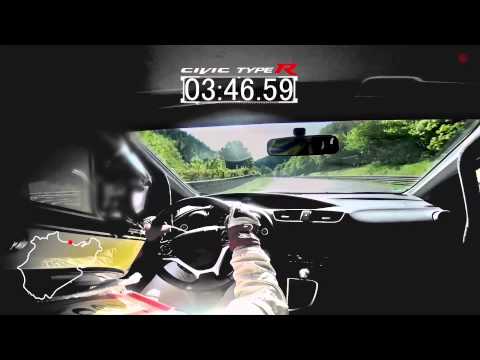 Honda is developing the new Civic Type R specifically for the European market. Honda UK has confirmed that the new and much anticipated Type R will be available in 2 models, Type R from £29,995 and GT spec from £32,295 on the road.

Are you ready for Type-R?