A REDDITCH car dealer took road testing a new vehicle to new extremes when he drove it from the UK to Sweden to showcase its fuel economy.

Richard Thorpe of Johnsons Volvo Garage not only did it on one tank of diesel but clocked up over 700 miles in the process – smashing the official fuel consumption figures supplied by the manufacturer in the process.

In the process he also raised £2,600 for the National Society for the Prevention of Cruelty to Children.

The car in question was the new Volvo XC90 D5 Momentum, a seven seater all wheel drive vehicle which has already won the Auto Express Car of the Year 2015 award.

“I wanted to show the fuel economy of the car, especially with Volvo moving to more to two litre four cylinder models – it still had plenty of poke though,” said father of one Richard, who did the trip with his brother Michael.

Filling up at the Channel Tunnel they travelled through France, Belgium, Holland, Germany, Denmark and finally Sweden in a two day odyssey.

“When we got to Malmo we still had 190 miles left in the tank and tried to get to Gothenburg and got within 50 on what was left,” said Richard, aged 36.

The return trip was a more relaxed affair, the brothers exploring southern Germany before heading home. 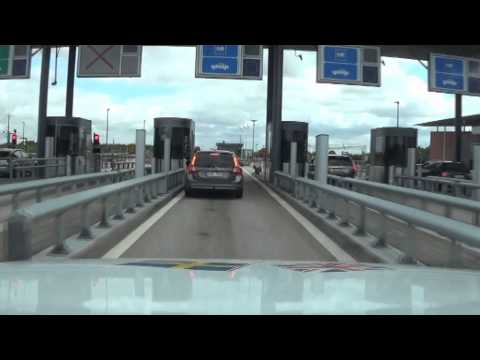 Johnsons Volvo holds dealerships within England at locations including Solihull, Oxford and Gloucester. Contact us with any questions regarding the Volvo XC90, and we can arrange a test drive for you.

You can also ask us about our range of special offers on new and Approved Used vehicles, and explore our finance options and specialist car services.