If you’re a fan of all things Ford, their hybrid or electric models will be the perfect addition to your family. Not only do these vehicles have the same great styling that can be seen in the rest of the Ford lineup, they also come with a rejuvenated approach to driving, which means that you can go further for less! Sounds good, right?

The new Ford Mondeo Hybrid is the perfect example of this, as it epitomises progress, which is being driven by hybrid technology. It has two sources of power: a conventional fuel engine and a battery-driven electric motor. The intelligent system will automatically switch between powertrains, or use a combination of the two, to provide the perfect balance of power and efficient. Regenerative braking is also used to support the system, as it will capture up to 90% of the energy that would normally be lost through friction brakes, recycling it to help recharge the high-voltage battery.

Don’t just take our word for it – click below to learn more about all of the different advanced features of this model, and if you’re a fan of what you see, get in touch with a member of our helpful and friendly team at Johnsons Ford in Sutton Coldfield today. They will be able to answer any questions you may have, and also be able to book you in for a test drive, so you can experience this impressive model first-hand.

​Ford Commits to an Electric Future

​ What are the different types of electric and hybrid vehicles available?​ 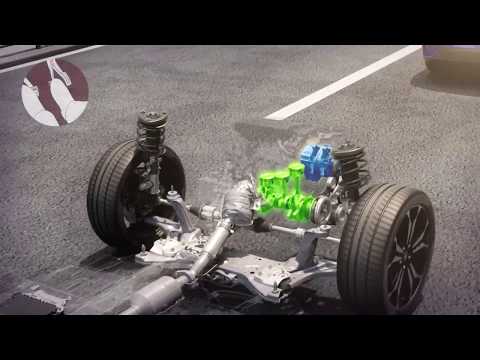 As the name suggests, all-electric vehicles are powered by battery power alone, meaning they need to be charged before you can drive. They store energy in a large battery that propels a powerful electric motor, which can be charged via a home charge-point or a public charger. It can even recover charge while you are driving, by utilising energy usually lost when braking.

Hybrid vehicles have two sources of power, pairing a traditional petrol or diesel engine with an electric motor and battery. They can use pure electric mode for short distances, with the engine taking over for longer distances. No plugging in required – the battery is charged by recovering energy that would otherwise be wasted, such as braking.

A plug-in hybrid electric vehicle (PHEV) works in a similar way to a self-charging hybrid, but has a larger high-voltage battery, enabling you to drive longer distances on pure electric power.

A mild hybrid car works in a very similar way to a self-charging hybrid, but it has a smaller battery, meaning the electric motor does not power the car, it simply assists it.